It all started when Alpha TV requested to license MONIKA’s “Bloody Something” for their new drama TV series “Erotas Meta”. During the producers and directors meeting, Monika felt that even though the old song was an all time classic, she wanted to do a remake on it. It was agreed that Monika will deliver a brand new version of the song within a week and she hit the studio as a music producer with her current team but interestingly with the old musicians that recorded the original song 10 years ago!

The result was an astonishing masterpiece of the same song with a new string orchestration and a build up that slowly but surely elevates the listener to cloud nine. All the signs of this songs success were apparent as even before it was officially released, the song hit #1 in Greece on Shazam as people got a first glimpse of it from the TV series teasers! 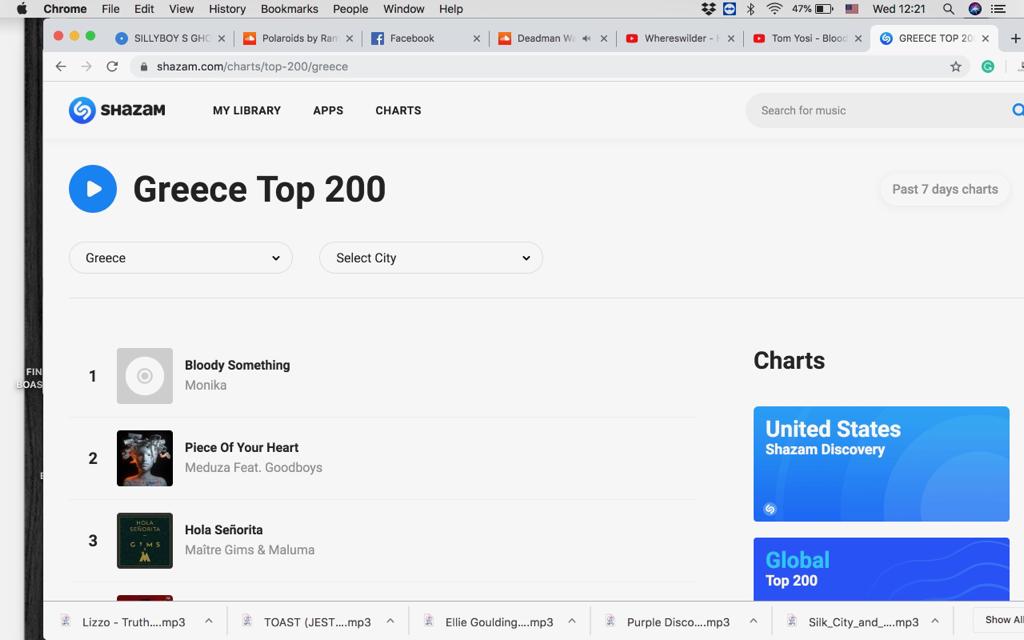 The song is officially released today on all major digital platforms along with an official lyric video on YouTube.

Today is also the premiere of the Alpha Channels TV series “Erotas Meta”.

You may now experience Monika’s live set for C U Onstage. Follow the link below, originally uploaded on Vodafone’s facebook page and stream again the whole show.

Posted by Popaganda on Montag, 6. November 2017

Monday night November 6th, only 5 days before Monika’s headline and probably last show for a while. The artist stopped by Popaganda’s HQ for a quick Facebook live chat in order to promote her show for C U Onstage line up at Pireaus Academy venue. Enjoy and get ready.

Hell yeah, we have 2 winners who will join our C U Onstage line up next Saturday, 11th of November at Piraeus 117 Academy.

Monika, Inconsistencies and Lou would love to C U there.

Wait what? You didn’t attend our live show at Athens International Airport “Eleftherios Venizelos”? No worries, we got you covered.It went down like … 🚀✈️✈️🔊

Vodafone’s C U On Stage -Indie Edition- campaign is now online. Send your demo, choose your line up and get a chance to perform alongside Monika plus one more act at Piraeus Academy 117 venue, on Saturday 11th of November.

Monika is putting together two special shows the weekend between 13th and 15th of October.

Starting next Friday 10/13 with a special morning (60 minutes long) set at Athens International Airport (AIA). “Fly me to the moon” concert series is a great live concept where Athenian artists get to perform at a customized Terminal area of AIA around noon (show starts at 11.30 am) and travellers from every part of the world get to see live in action a local act.

Then, since Monika and the band will be at the airport why not booking another international show.

Muensterland Festival in Germany is connecting the music and culture of Greece and Iceland in this year’s edition. Monika will be representing Greek pop artist and will perform at the stage of Bergbaumuseum in Ibbenbüren on Saturday 14th of October at 7pm.

Get more info and tickets here.

Here is the first ever live performance of Stala, the song that caused a nationwide sensation and reached first place in the trending YouTube videos. The performance takes place at the Stavros Niarchos Foundation Cultural Center accompanied by the ERT Contemporary Music Orchestra.

“Still riding the high of playing in front of 11K at Summer Nostos Festival on Sunday! Thank you everybody for coming out!” Monika.

3 years after Secret In The Dark, Monika produces and releases new music in collaboration with Red Bull Studios in Paris.

Track “1000 Miles Of Ocean” is now available on digital platforms